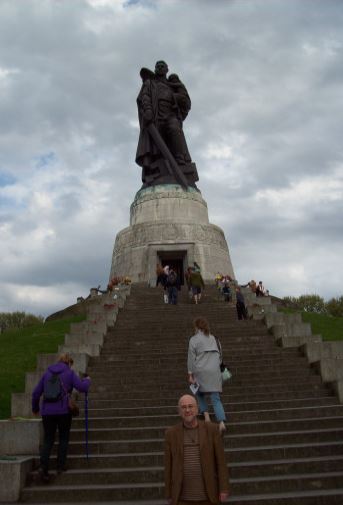 Thanks, Red Army, thanks for allowing me to grow up in Hamburg without Nazi-Regime! I´ll never forget that the people of the Soviet Union suffered the most terrible losses by the crimes that Nazi-Germany perpetrated! I´ll also not forget that millions of Soviet soldiers carried the bulk to end the Nazi barbary! Thanks also to the soldiers of all the armed forces in the Anti-Fascist coalition! But I´ll also not forget that parts of the US Power Elite did a lot to push the Nazis into power (http://azvsas.blogspot.de/2009/05/how-us-capitalism-supported-hitler.html).

This had two geo-strategic aims: on one side to kick the geo-strategic competitor Great Britain „out of the game“ (GB lateron became the „51st State“) and on the other side to get the Soviet Union bombed „into Stone Age“. The second aim wasn´t „fully reached“, but sinister forces are still „working“ on today Russia (https://www.youtube.com/watch?v=z5SjPLJOjqc